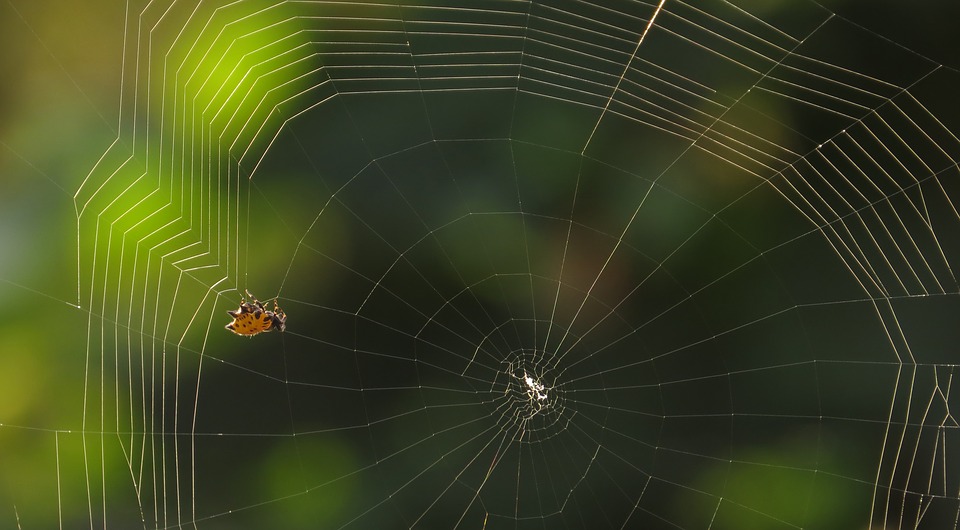 The Common Spiders in Suffolk County

Residents of Long Island have many insects to contend with, but certain types of spiders in Suffolk County deserve a closer look.

One of the more common spiders in Suffolk County. You can identify a black widow spider by the red hourglass-shaped marking on their abdomen.

Their venom is extremely potent and deadly. In fact, according to a study, the venom from a black widow spider is actually 15 times stronger than the venom from a rattlesnake. Therefore the effects of the venom on humans include paralysis, muscle aches, and suffocation. However, only in extreme circumstances do people die of a black widow’s bite. 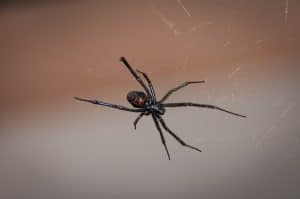 Children and the elderly because of their weak immune systems are susceptible to more severe symptoms than others. Contrary to popular belief, these spiders aren’t overly aggressive, and only attack humans when deliberately provoked.

Black widows live a sedentary life except for when they are mating. Females are brutal savages that kill their counterparts shortly after mating with them.

One other creature they love feeding on is insects. These spiders spin enormous webs which are used for trapping flies, mosquitoes, caterpillars, and other insects. Prominent bristles on their hind legs are used for gripping the prey once it has been lured into the web.

They strangle their prey with their venomous fangs. Digestive juices liquefy the prey’s body after which the black widow ingests its fluids. The female black widow also lays hundreds of eggs inside hanging cocoons within the web.

The brown recluse spider has a fused head and thorax called cephalothorax upon which it has distinct violin shaped marks. As the spider matures, these markings become more prominent.

Another characteristic feature of the brown recluse its six eyes. Most species of spiders have eight eyes. These peculiar eyes are called dyads and are arranged in a semicircle. Its abdomen and long stick-like legs that are covered in hairs, and slant when at rest.

The brown recluse is shy and goes to extreme lengths to avoid an encounter with a human. It inhabits cold, dark, and isolated places like closets and infested furniture. It hunts and mates during the night. 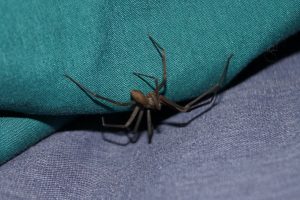 One behavior that brown recluses are famous for is hitchhiking. They travel from one place to another through furniture boxes and other human-made items. Moreover, they can survive months, and sometimes even years, without food.

The female recluse requires only one mating session to produce eggs throughout its entire life. It can produce up to 150 offspring in a single year. The bite from a brown recluse spider in some instances may prove to be fatal. Seek professional medical help at once if you’ve been bitten.

Wolf spiders have a brown color and come in a variety of sizes. Their body length varies in length from ¼ of an inch to 1.5 of an inch. Some species have long legs which fool homeowners into thinking that they are tarantulas. They are nocturnal in habit and are quite adept at hunting.

These common household spiders in Suffolk County invade homes in large numbers, especially a location that has smooth landscaping.

Their entry points are cracks and crevices in doors and walls. The mother wolf spider gives a piggy-back ride to its young until it’s ready to move about on its own. A bite from a wolf spider doesn’t pose any serious threat to human health, but it is wise to avoid one nonetheless.

Yellow-sac spiders, as it is evident from their name, have a pale yellowish color and an approximate size of ¼ inches. These spiders are well-known for spending large chunks of their time resting inside a tiny silk cocoon during the daytime. They are only active during the night during which they hunt small-defenseless insects. 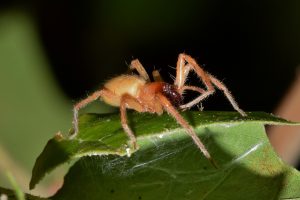 Venom from a yellow-sac spider doesn’t have any adverse effects on humans. In most cases, the damage is limited to mild inflammation. At the site of the bite, a white pustule may also appear. To avoid infection disinfect the wound promptly.

The harvestman doesn’t fall into the category of a typical spider. However, it is closely related to spiders, like insects and centipedes. Daddy-long-legs are its widely spoken name. Its head, thorax, and abdomen are all conjoined together.

Typical spiders, on the other hand, have two distinct sections on their body: the abdomen and the cephalothorax. It also has only two eyes, whereas a spider has eight or six. 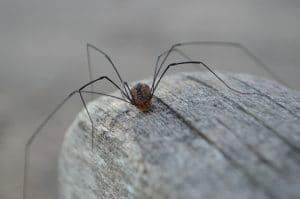 Harvestmen lack fangs and aren’t aggressive at all. They don’t have a venomous bite, contrary to certain myths.

A harvestman’s leg dislodges from its body if you try to pick it up. This is just one of its defense mechanisms to escape predators. However, the legs are important sensory organs that function as tongues, ears, and nose. Their loss greatly distresses the harvestman’s life.

While these are just the more common spiders in Suffolk County, there are many more species. Some are deadly while others may be harmless, but regardless, no one wants an infestation of spiders. If you live in Long Island and are experiencing a problem with spiders in Suffolk County it is best to contact a professional pest control expert to help you resolve the issue.***