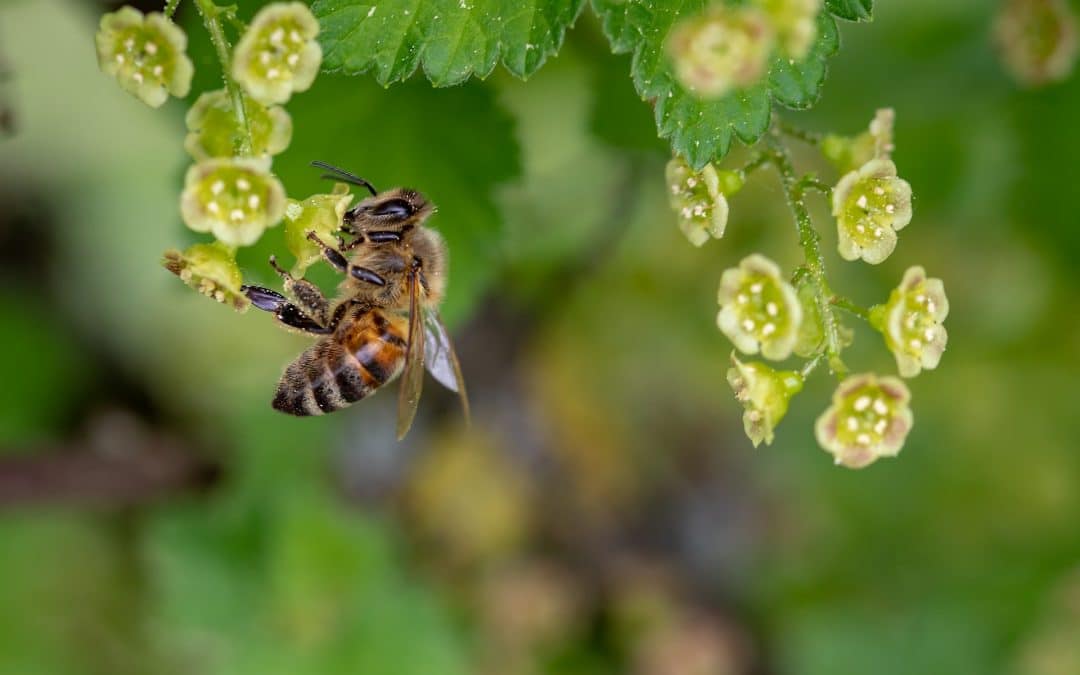 Stinging insects can ruin any outdoor activity, especially during the summer time.

Their tendency to raid picnics, barbecues, and other fun family activities is well known. To help you evade their venomous grip, we have collected valuable information on their characteristics. Also, it is essential to be able to differentiate between the many species of bees as some are more threatening than others.

There are 4,000 species of bees, yellow jackets, hornets, and wasps currently residing in the United States. Out of those the following are predominant in commercial and residential sectors in Suffolk County.

These are highly disciplined insects that live in well-organized colonies. Honey is manufactured and stored in specialized structures inside their nests called wax combs. They head out in search of pollen and nectar during the spring season.

A honey bee colony can survive for years without collecting nectar and pollen by feeding on food reserves inside its nest. Huddling in large groups helps bees live through the intense cold.

When threatened, they will do everything in their power to protect their nests and their queen. The pheromones released from their venom signals other bees to follow suit, and attack in large numbers. However, they are only capable of stinging once. 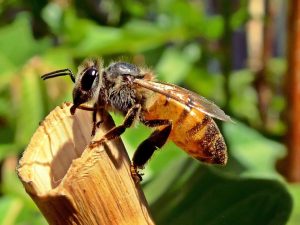 The barbs in their stingers are detached from their intestines after attacking a victim which results in their deaths.

Most species of wasps are aggressive. They have stingers with barbs that are easily dislodged from the victim. A narrow waist links their abdomen to the thorax. Biting mouthparts and antennae with 13 segments are also present.

Only a few species of wasps sting. Among those only the female wasp, has a vicious sting.

Adult wasps feed on nectar and secretions produced by their larvae. Larvae of predatory wasps feed on insects whereas parasitic larvae typically invade hosts to fulfill their dietary requirements.

Solitary wasps, as the name suggests, live alone. Most species of wasps prefer a solitary lifestyle. Only 1,000 known species of wasps are social. One of the characteristic features of social wasps is their folded wings.

Wasps construct their hives from bark, mud, leaves, and stems. If you spot a brownish-gray comb suspended from a roof, with black and yellow insects buzzing around, you are most likely in the unwelcomed presence of wasps, and not bees.

They have a bright black and yellow exterior, with a prominent stinger at their rear ends. They are not friendly pests and can sting multiple times. Due to their love of meat and sweet scents, picnics and barbecues are some of their favorite raiding spots.

Bald-faced hornets bear a striking resemblance to yellow jackets, with jet-black bodies and a largely white-colored face. Two diagonal lines run from their midsection (shaped triangularly) to their head, and on the farther section of their abdomen.

Of all the stinging insects in Suffolk County, bald-faced hornets are the most aggressive.

Unlike honey bees, carpenter bees are not social. You will find their nests in the frames of buildings, trees, leaves, and wooden structures. Their abdomen is mostly hairless and with a glowing black appearance. 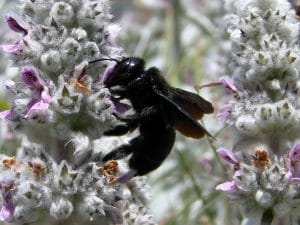 The male carpenter bee cannot sting. It is incredibly wary of its territory and scares off any intruding fly by darting after it. If you wave your hands, walk briskly, or cause unnecessary noise, you’re likely to attract a male carpenter bee.

The female though is very much capable of stinging, but it only attacks people as a last resort. You must do something incredibly stupid and uncalled for to make it angry.

If you are experiencing an infestation of stinging insects in Suffolk County, and are unsure of what species of bee you are encountering, it is always best to contact a professional pest control company.

An expert exterminator will be able to differentiate the different types of bees, and safely take care of the problem for you.***